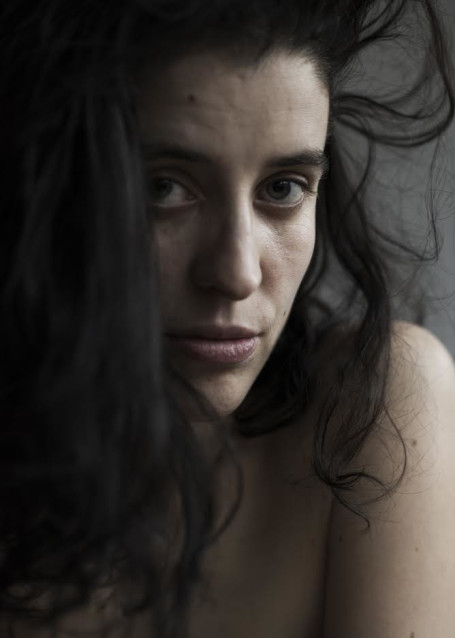 Klara Alexova (1983, Chomutov – Czech republic) is a performer and physical theatre maker based in Amsterdam, NL

With a background in dance theatre (Duncan centre, Prague) Klara moved to Netherlands in 2005 to study Mime school on the AHK, Theaterschool of Amsterdam. After her graduation in 2009, she got into a close cooperation with Noord Nederlands Toneel (NNT) under artistic leading of Ola Mafaalani and Ko van den Bosch. She worked with NNT from 2010 till 2013. During those 4 years of cooperation she has co-created, performed and toured six performances for big and 2 for small stage. (she was a member of the artistic core of NNT between 2011 and 2013).

Since 2014 she is free-lancing as a performer for different makers and companies between Netherlands and Czech republic (Davy Pieters and Frascati productions, Zhana Ivanova, Spitfire company) and she is developing her own work, alone and in cooperation with other artists.

In 2012 she has created together with a Belgian performance artist Peter Vandemeulebroecke (under the coaching of Ko van den Bosch) performance The Place To Be In The Middle Of Nowhere in Groningen. In 2015 it was presented in few cities of Czech republic and on Parade of Rotterdam, Utrecht and Den Haag.

Since 2015 together with Fons Van Tienen, they composed songs under the name SilentSouls, touching the borders between music and poetry.

Since 2011 she has joined The Paper Ensemble, project of Jochem Van Tol, musician and visual artist based in Amsterdam. Paper ensemble is both: a music performance and a visual sound installation, and emerged from a research about sound, listening and composition and mainly possibilities of paper as a music instrument.

In Czech Republic she is an artistic leader of collective Obnaženi. They organize (since 2003) every summer, regularly, an international event, festival of contemporary art, physical theatre, dance, literature, film, music (under the same name – Obnazeni), where all those forms encounter each other during 1 week of events and workshops.

Besides theatre she is strongly attracted to work in front of a camera (film, photography, fashion) or a human eye (model for painters and sculptors).

In 2016 she’s is part of Re-enactment of the Now by davy Pieters at Theater Utrecht.